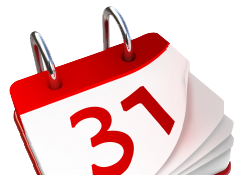 If you wish to receive these free devotionals every weekday by E-mail, click the button below. Note: you'll have to log in or create your membership account first. Membership in the League is free. Join now!

“The Search for God's Will (part 3): How to Implement a New Direction”

During the night Paul had a vision of a man of Macedonia standing and begging him, "Come over to Macedonia and help us." After Paul had seen the vision, we got ready at once to leave for Macedonia, concluding that God had called us to preach the gospel to them.

We are in the third part of a three part devotion titled The Search for God's Will. Previously you will remember, Paul had begun his second missionary journey with the intended goal of checking in on the churches that had been planted two years previously (Acts 15:36).

As missions often do, it had now morphed into the goal of preaching the gospel in Asia. However, that was not the Lord's will as the Holy Spirit stopped Paul and his mission team from entering Asia as they traveled in Phrygia and Galatia. Undeterred they came to the border of Mysia, where they attempted to enter Bithynia, but now "the Spirit of Jesus would not allow them to." Still determined they passed by Mysia and went down to Troas.

The Bible doesn't tell us exactly how the Holy Spirit and the Spirit of Jesus prevented the mission team led by Paul from entering Asia -- just they were not allowed to do so.

One thing I find particularly interesting is how sometime between the eighth and ninth verses the narration of Acts by Luke went from the third person (they and them) to the first person (we and us). This change would indicate that Luke the physician had recently joined the mission. Why would a doctor be needed? Biblical scholars have speculated perhaps Paul had become sick and therefore needed medical attention, which might have been how Jesus or the Spirit had come against the trip. Regardless, we know from our passage today, Paul received a vision, which was then interpreted to mean a change in ministry direction.

There is a lot going on here so let's look at some of the key points in more detail:

* We are more open to a new vision when we are frustrated. Have you ever noticed how stubborn and closed minded we are if everything is going well and orderly in our lives? It is just our nature to believe we are right about everything when things go well. We become unteachable in this state. I believe the Lord allows disappointment, frustration, crisis, illness, etc. to enter our lives so we learn to reach for Him, rather than rest in our own smug self-righteousness.

* The value of rest in order to receive a new vision. What was Paul doing when he received the new vision for the mission? Since it was at night it was probably in a dream, which meant Paul was sleeping or resting. You can be sure he wasn't working hard on something. Why? Because we have a hard time hearing and seeing something new when our attention is too focused.

* Visions come to leaders not groups. Did you notice that Paul received the vision not the group? Did you also notice the group (not just Paul) concluded the vision represented a change in direction for the mission. These are two really important points to realize when either leading or participating in a group. First, a group can't effectively cast a vision; there are just too many people with different talents and passions to collectively choose a goal. Second, groups are best at yes or no decisions, then working on the details of how a goal is going to be achieved.

* Mission objectives get changed one at a time. The "who," "what," "how" and "why" of Paul's mission stayed the same. The only thing that changed is the "where." In other words, just because a new vision is received, doesn't mean everything about the mission must change. In Paul's case everything stayed the same except "where" they were to preach the Gospel.

* Begin immediately but prepare thoroughly. Paul's team "got ready at once." The point is they got "ready," they then "aimed" at their new objective (to leave for Macedonia... to preach the gospel to them), and finally "fired" or executed the new mission objective. A change in direction does not justify a chaotic approach (fire, ready, aim).

These are really important components to a successful mid-course correction of a mission, however I believe the most significant part of this experience was Paul's dream. It was a dream that expressed a need. Clearly Paul's missionaries heart was touched by the need expressed in the dream, and isn't that what mission trips are all about, recognizing a need and being willing to risk personal safety and comfort to serve God by serving our fellow man?

Asia wasn't where God wanted Paul's missionary team. However, Paul was not wrong by choosing Asia initially because it certainly needed someone to bring the gospel of Jesus Christ to them. Instead God was telling Paul the need was greater somewhere else. We simply have to realize that God is the better evaluator of a greater need than us. Paul allowed God to re-direct the mission, are you? Despite the need you see in your "Asia," does God want you somewhere else? Are you teachable? Is your will or God's will in charge of the mission?

There's nothing like God's Word to create purpose in your life that lasts the entire day and beyond. We encourage you to Read, Carry and Share the Word of God. Pocket Devotions are sent by E-mail every weekday (Monday to Friday). On weekends we encourage you to be creative and study on your own in any area of Scripture where God leads you.

You can start from Day 1 at any time. Messages are sent automatically. Subscribe now! You may unsubscribe at any time.

Pocket Devotions are written by Mike Brooks. A retired businessman, he is Moderator of South Shores church, leads the Deacon Board, serves on the finance committee, and he teaches a Men's Bible study and the Men's Ministry. Mike has a passion for evangelical missions. He is the husband of Sherry; the father of Ryan, Natalie, Krissy, Rebecca, and Amanda; the father-in-law of Ariel; and the grandfather of Conner and Christian.